Microsoft has stopped providing support for Windows 7 since mid-January 2020. The OS is still widespread. Today we introduce you to seven Linux distributions that could be an alternative (not only) for your Windows 7 installation.

After a good ten years, Microsoft has stopped supporting the popular 7th version of its Windows operating system. Functional updates had not been available for a long time, but now there are no longer even the important security updates.

At first glance, it seems incomprehensible that Windows 7 should still be installed somewhere in 2020. The fact is, however, that authorities in particular, but also many private users, still rely on the ancient system. In Berlin alone, for example, of the around 82,000 computers in senate and district administrations, police, fire departments, justice and citizens’ offices, only 70 to 75 percent have switched to Windows 10.

In authorities this has a lot to do with the special software used. Manufacturers traditionally prefer to use an older version of the operating system than bleeding edge. And of course it also has to do with the age of the hardware used. Authorities share this rationale with many private users.

A good calculator is an investment. It should last for a few years. At the same time, operating systems become more resource-hungry with each update. Updates reduce the working speed in the long run. It doesn’t help that every Windows 7 user has an update route that leads to a valid Windows 10 license at low cost. The hardware must be able to do it.

The computers don’t even have to be ancient to cause problems. The author of these lines has just equipped a Samsung notebook from 2013 with Zorin OS because Windows 10 had become incredibly slow. And this Samsung notebook is still far too good to be e-waste. With Zorin OS, an Ubuntu derivative, i.e. a Linux operating system, it runs like new again. 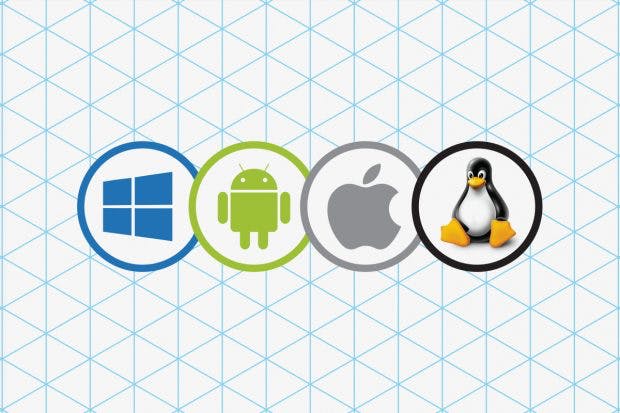 The advantage of using a Linux on an older device is the hardware support. While brand new systems often have problems with Linux because the manufacturers don’t want to spend money on developing drivers, committed community developers have often done so for older hardware.

There are also reasons for die-hard Windows users to rely on a Linux OS at least with individual devices. Because everyone has some older device in the corner. You will be amazed at the performance that the discarded piece is still capable of as soon as it is started under Linux.

The vast variety of Linux distros

There is an almost unmanageable variety of Linux distributions. The Distrowatch website is practically the only way to keep track of things. In addition to the ten main distributions, it also lists the countless derivatives.

The variants based on one of the main distributions in particular are often put together in a very target-oriented manner and are suitable for special purposes. This could be container support in the cloud or the drive for devices in the Internet of Things. There are also the entry-level and switchover derivatives, which pursue the goal of attracting new desktop users to a Linux variant.

They are characterized by the fact that they reduce the complexity of the Linux system and optimize it for the needs of desktop users. Such distributions make a lot of preliminary decisions, but at the end of the day they always give users the opportunity to go deeper and change Linux the way they want.

We want to show you some Linux distributions that are particularly suitable for getting started with or switching to the free operating system. You don’t even have to install them on your computer to try out the individual suggestions.

The non-binding nature of the Linux live system

Rather, it is sufficient to boot it from a USB stick or CD / DVD as a so-called live system. They run a little slower, but do not change anything about your installation. If you end the session and remove the USB stick, the next time you start your previous operating system as if nothing had happened.

If you then decide to use it permanently, you can start the installation from the same medium as the live system. In the vast majority of cases, a parallel installation to an existing Windows is possible, albeit unnecessarily. After all, you just want to replace your Windows with something more powerful.