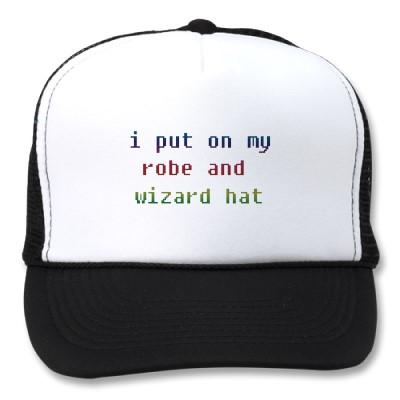 “I Put on My Robe and Wizard Hat” is a memorable quote from a chat room log in which a user with the online handle Bloodninja role-plays as a wizard during a mock cybersex session.

In 2002, a chat log was uploaded to the database Bash.org,[4] featuring a conversation between users Bloodninja and BritneySpears14. In the dialogue, Bloodninja assumes the role of a wizard when the two begin to engage in cybersex, initiating the roleplay with “I put on my robe and wizard hat” (shown below). Although unconfirmed, the Internet humor site Fugly[5] claims to have created the Bloodninja chat logs.

In 2003, the chat log was reposted on Albino Blacksheep.[7] On May 17th, 2005, Urban Dictionary[8] user Melissa Mouse submitted an entry for “I put on my wizard hat,” which cited the Bloodninja chat log as the origin of the quote. On June 27th, 2008, the Xkcd[1] published a webcomic titled “Xkcd Loves the Discovery,” which referenced the “I put on my robe and wizard hat” line in the 8th panel (shown below). 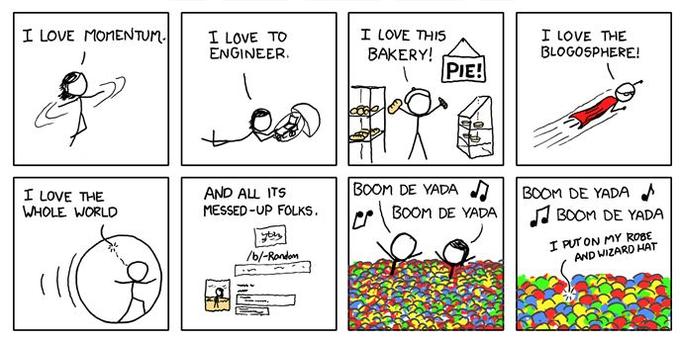 On January 9th, 2014, Redditor gn3xu5 submitted a photograph of a bearded dragon wearing a wizard costume titled “Put on my robe and wizard hat” to /r/pics[9] (shown below). 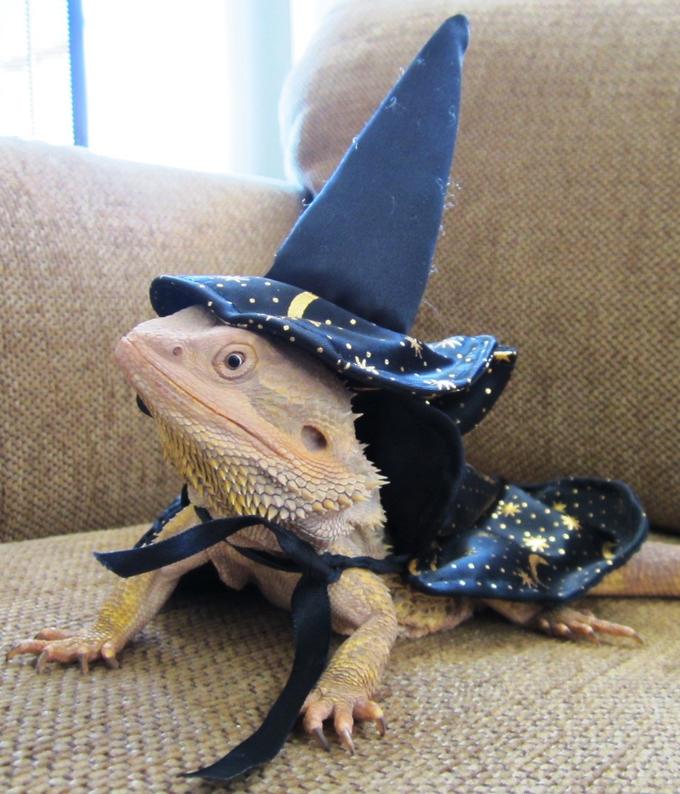 On January 12th, 2015, Redditor N8theGr8 submitted a GIF titled “MRW 18/f/cali tells me she wants to cyber,” featuring the character Rupert Giles (played by Anthony Head) in the television series Buffy the Vampire Slayer putting on a robe and wizard hat (shown below). Prior to being archived, the post gained over 3,200 votes (94% upvoted) and 90 comments on the /r/shittyreactiongifs[6] subreddit. On October 2nd, 2016, a post asking about the origins of the expression was submitted to /r/OutOfTheLoop.[10]